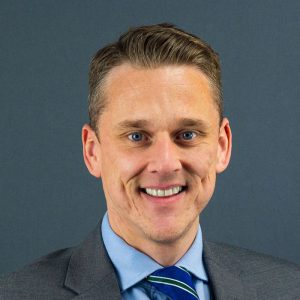 Andi joined Tribeca in 2012 as a First Line engineer. Prior to being part of the Tribeca team, Andi worked for a large construction company within their internal IT department. In less than 12 months, Andi’s technical expertise and passion for delivering great customer service saw him gain a promotion to our Second Line Team of engineers. Shortly afterwards he became the lead onsite field engineer at one of Tribeca’s largest clients’ premises.

In 2014, Tribeca decided to expand its reach by opening an office in New York. Having possessed a keen desire to live and work in a different country, Andi put in a request for the opportunity to go and help establish our business in America, and as a result, was sent on secondment to New York for six months. During that time, he provided onsite and remote support for several of our clients in North America, both within New York and further afield in places such as Chicago and Toronto. Andi also assisted with the recruitment of engineers into our North American business, subsequently, he returned to our business in the UK in the summer of 2015.

As part of his career development at Tribeca, Andi moved into an Account Management role and changed his hours to part-time to fit in with his family commitments. Andi continues to help Tribeca build its account management team and further improve the customer service we deliver to our client base.